How-to’s, 101 guides to all things equestrian, personal experiences and reviews for riders and trainers. 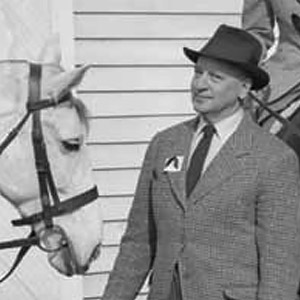 “Everyone you will ever meet knows something you don’t.” – Bill Nye

If there was one thing I knew as a young trainer, in the early 1970’s, it was that I didn’t know everything…but I wanted to. I was hungry for information and determined to give my horses and students my best. Unfortunately, finding that information wasn’t as simple as attending a local college or reading a few books. The information was then and is still to this day held safely in the minds of other trainers, so I did everything I could to glean the tiniest details from them.

I watched them at horseshows and followed the progress of their horses. I made note of the bits they were using, the saddles they rode in and the tone of voice they used. I attended their clinics every month, even if that meant cancelling my own lessons or giving up a precious day off, and it was working. Like a sponge I absorbed the knowledge of trainers like Frank Chapot, Gordon Wright, Judy Richter, Wayne Carroll and Bert de Nemethy. It was a privilege to be trained by and with some of the most knowledgeable horsemen in the country. While they have all had an impact on my training style there was one person in particular that deeply affected the way I train today, Captain Vladimir Littauer.

Captain Littauer brought the Forward Seat Riding system or what we know today as Hunt Seat Equitation to the United States in the 1920’s. During the late 1970’s Robert Hoskins, Hugh Cassidy, John Strumph, John Ventura and myself were asked to meet at Captain Littauer’s home. He was concerned that the direction of Forward Seat Riding was in jeopardy and decided to mentor the top five trainers on Long Island (he considered me to be one of them) and allow us to act as a sounding board as he wrote his new book, “The Rigid Back”. At this point he was already in his 80’s so his health often determined when he could work with us. site rank He’d call and say, “I’m having a good day today. Bring the horses over and let’s ride.” We would drop whatever were doing and head right over.

It’s amazing the details you remember about some one who influences your life they way he did mine. He’d be waiting for us as we arrived, walking stick in hand, ascot around his neck, monocle with the chain dangling, and jacket with sugar cubes in the handkerchief pocket. We would ride, he would teach, I would learn.

Captain Littauer passed away on August 31, 1989 at the age of 97, but his knowledge is still alive and well today. It’s held safely in my mind and showcased in every rider I’ve trained. It sits with the teachings of other passionate professionals willing to entrust me with their knowledge along the way. And so, as these trainers provided this gift to me I now intend to give it to you through this blog. Make no mistake, if there is one thing I know now as a seasoned professional, it’s that I still don’t know everything…but I want to. I’ll never stop learning and I encourage you to do the same.

Merilee Ventura is the Owner/Operator of ByWay Farms, a Hunter-Jumper barn, training horses for Hunter Equitation or Jumper careers, located in Carthage, NC. A licensed USEF "R" judge in Hunter & Hunt Seat Equitation and 'r' judge in Jumpers, Merilee has over 40 years’ professional experience and currently serves on the board of the NCJHA. She has had the privilege of training with some of the most well known equestrians throughout her career. It is because of the generosity of these trainers that she has a passion for sharing her knowledge with others.

Get the latest updates delivered to your inbox.

We're proud to be members of the following equine associations and organizations.